What's on your mind?

In https://komisan.fandom.com/wiki/Netsuno_Chika , it is said that Netsuno-senpai "has big-ass boobs" ? I dunno is this from the official author or is the information from a fan? 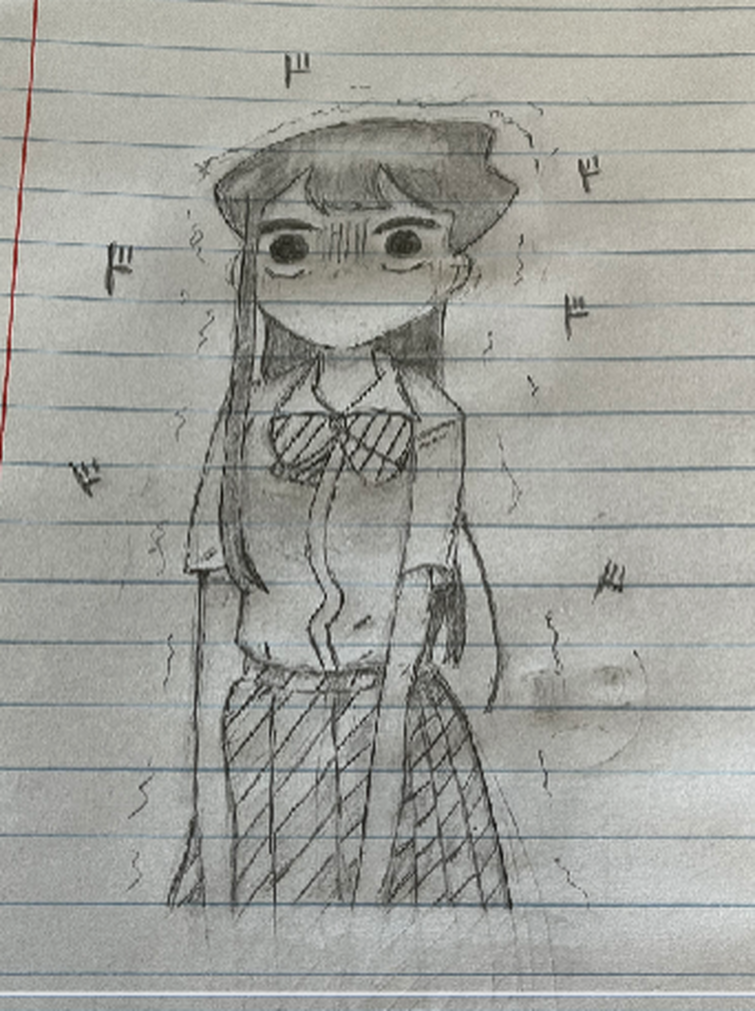 Ik she has noodle arms ok? T-T pls give feedback :)

Where can I watch komi? 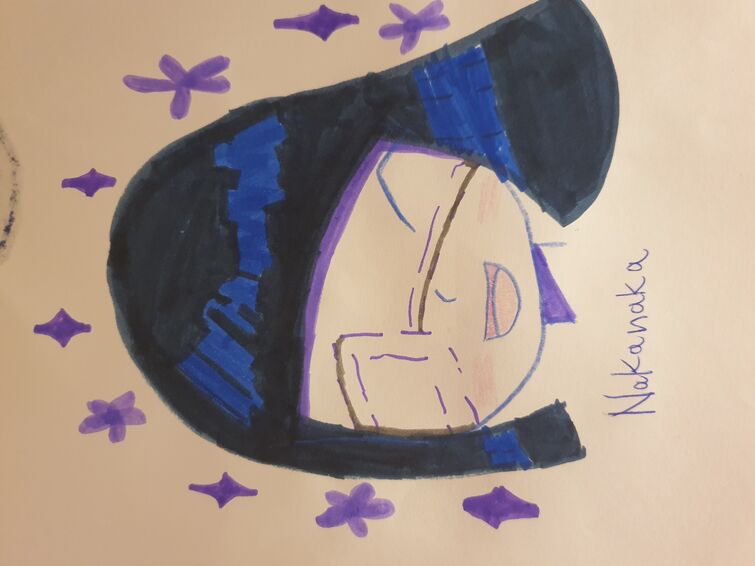 And it looks like Anya is competing with Komi-san in making 100 friends. 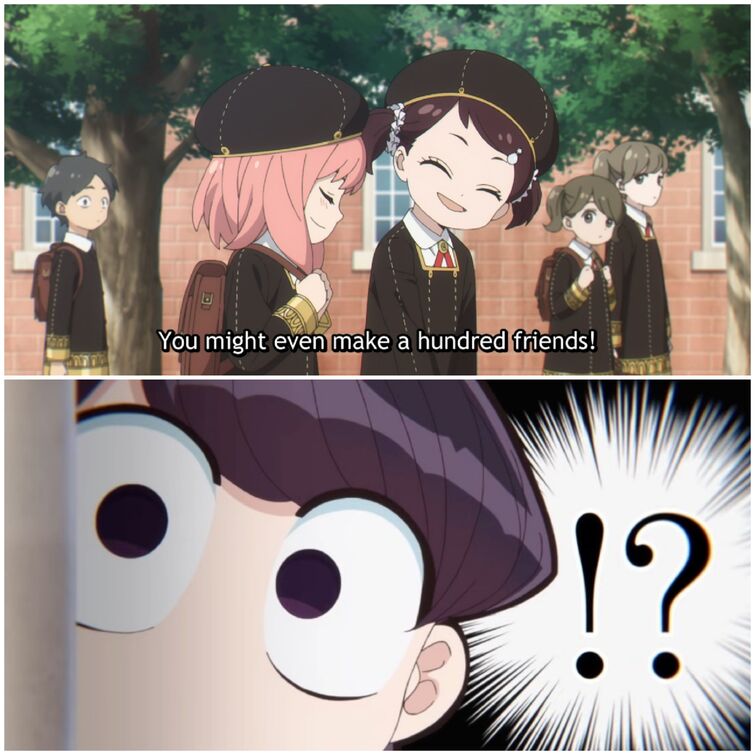 This is an official image. 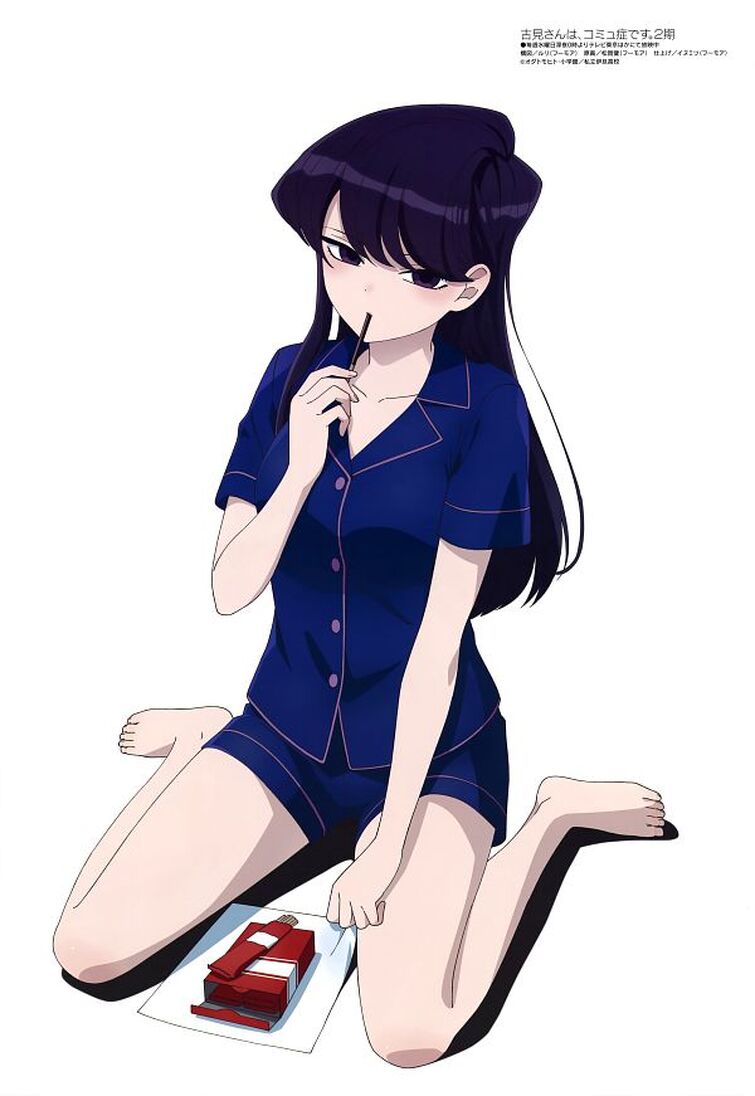 Otori is the cutest thing I have ever seen. I love her!! :3

(And I’ve also noticed that she never opens her eyes). 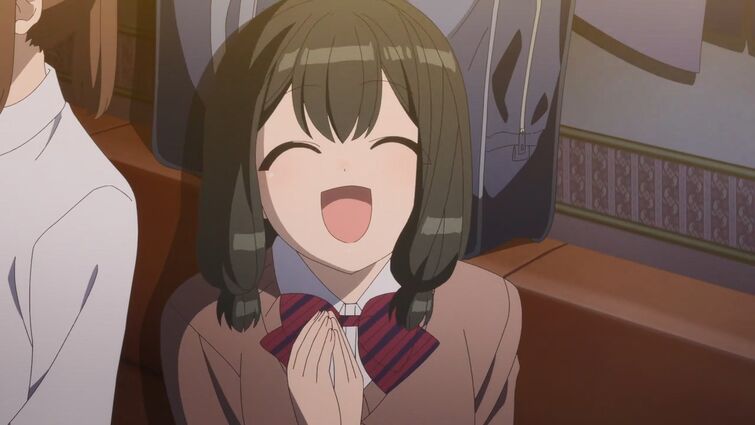 So are we not going to talk about the most recent episode?

I hope you understand what I mean, and I am sorry.

For the new characters in Season 2, I thought about the English voice actors that would be suited for them (if the show makes a Dub for Season 2) - (feel free to look up the voice actors and characters if you don't know who they are):

Hello, everybody. My name is APMusic, and I am a weeb. I've seen clips of Komi Can't Communicate on YouTube, and it looks really cute. Now, I know a lot of people don't like Yamai Ren, but in my opinion, I think she's a really good character for a number of reasons.

First off, I think the main reason why people hate Yamai Ren is because she's a yandere. However, I rarely see any yanderes in anime, and this is the first time I've seen a yandere who is a lesbian. This is an unexpected combination of characteristics that I think really works. I'm a romantic person, so seeing her madly in love with Komi is... quite refreshing to me, actually. I've never seen a yandere like Yamai Ren (except for Ayano Aishi from Yandere Simulator).

Secondly, her English voice actress is Cristina Vee. She is one of my favorite voice actresses in... anything, really. From Miraculous: Tales Of Ladybug And Cat Noir (as Ladybug) to Konosuba (as Darkness), Cristina Vee never fails to give an incredible performance.

Finally, she does what a yandere does best: take down anyone who stands between her and her Senpai, Komi. She may be a violent psychopath, and in my opinion, that's fine.

Basically, I like Yamai Ren for who she is.

I AM A HUGE SIMP FOR THIS DUDE- 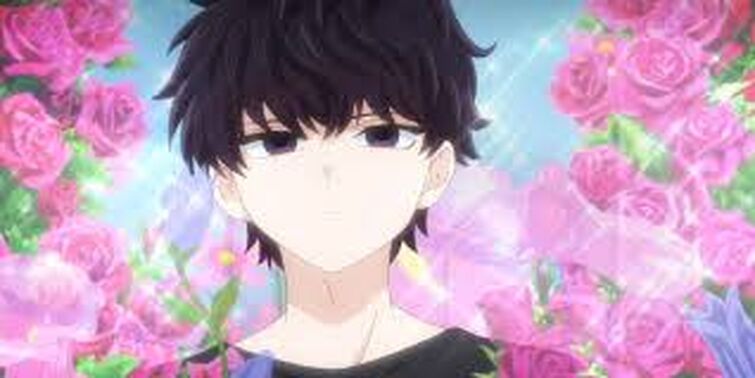 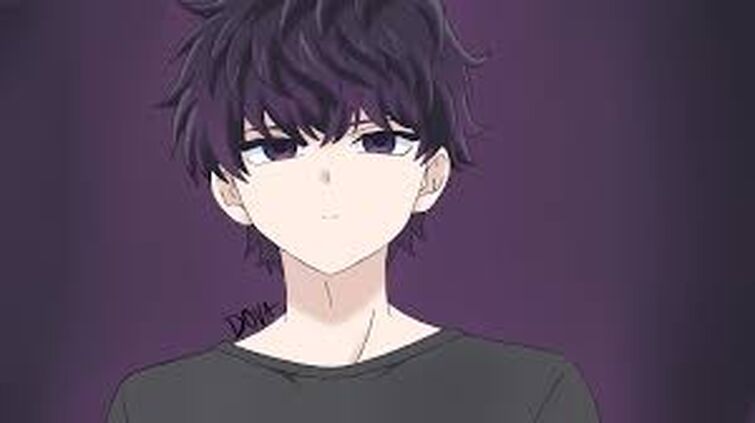 So- I LOVE HIM

I don’t know if anyone who watches Komi-san has watched Non Non Biyori, but I swear Shouko’s dad (Masayoshi) seems like the grown up version of the silent older brother (Komari and Natsumi’s), Suguru Koshigaya. 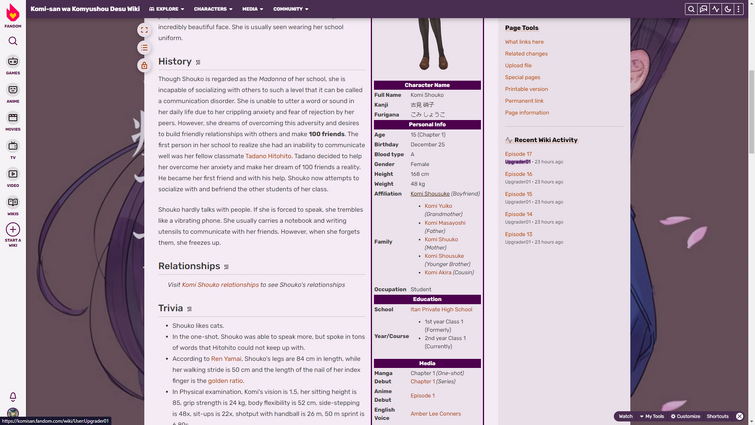 Hear me out (look under images) 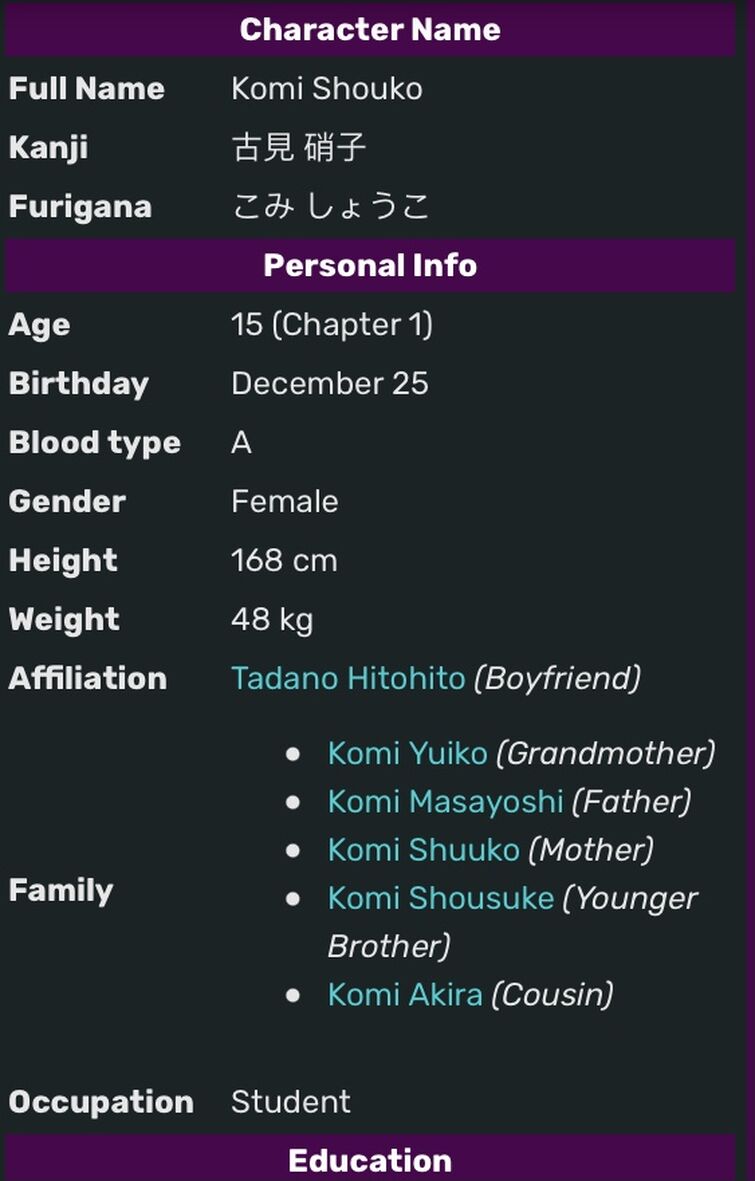 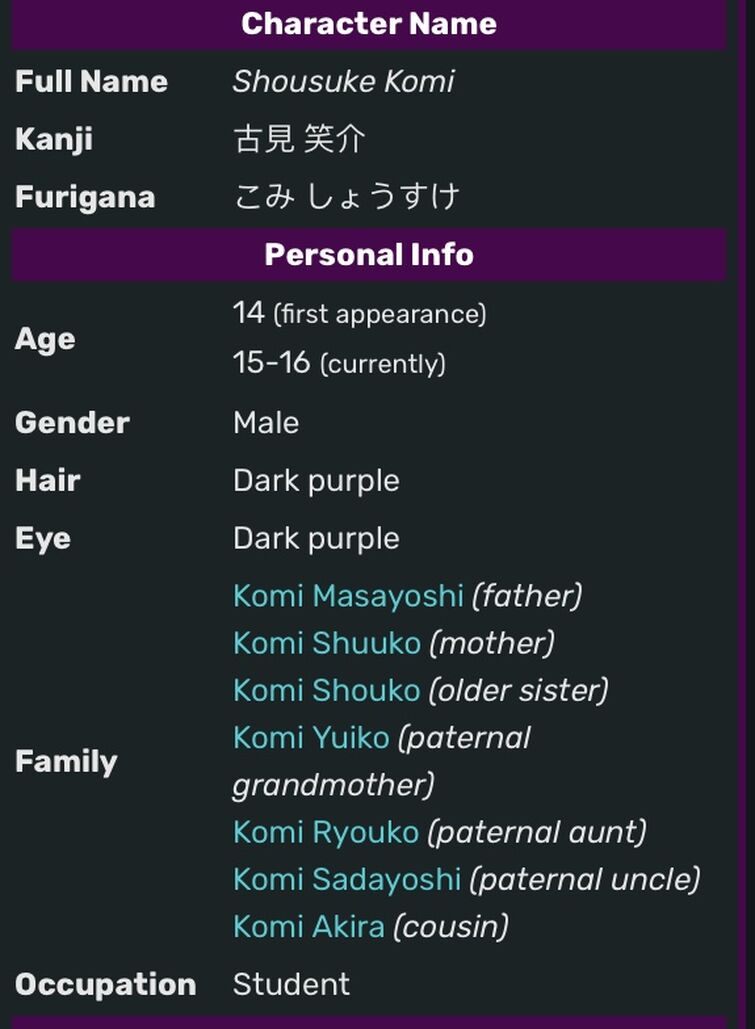 Okay so isn’t Komi suppose to 17? Because in the first chapter if she was 15 and her brother was 14, does that mean she is 17? Because there no was her younger brother is older than her.